DP Energy, one of Ireland’s leading developers of renewable energy projects, is planning to carry out a geophysical survey beyond the 12 nautical mile limit at their proposed Inis Ealga Marine Energy Park off the coasts of Cork and Waterford.

The survey, which will cover approximately 900 Km2, will begin on 8th September and will take place for a period of five days. The work will be undertaken by Hydrographic Surveys of Crosshaven onboard the Commissioners of Irish Lights vessel, ILV Granuaile, a multifunctional ship which is equipped to operate in difficult sea conditions.

The Inis Ealga Marine Energy Park is a 1,000 MW (1GW) offshore wind project which will use floating platform technology anchored to the seabed. Once operational, the proposed wind farm will generate enough clean renewable energy to power the equivalent of nearly one million homes. Delivery of this scheme, planned to be operational by 2030, will significantly contribute to Ireland’s Climate Action Plan target of 7 Gigawatts of offshore wind energy by 2030 and the longer-term target of net-zero emissions by 2050.

The upcoming survey of the Inis Ealga Marine Park location will provide valuable information on the make-up of the seabed and this will be used to inform the project design, siting of turbines and construction methods for the proposed park. The results will also assist in the preparation of specifications for additional future geophysical and geotechnical surveys.

Adam Cronin, Head of Offshore at DP Energy, outlines the processes that will be used:

“The equipment we are planning to use includes a hull mounted multibeam sonar and sub bottom profiler. This survey will provide information about the seabed make-up at various depths. We will be able to image the sediment and rock layers beneath the surface of the seabed giving us crucial information on sediment layers for design. The data obtained from the surveys will be utilised in the design of the project and the design will be in the public domain as part of the Development Consenting process.”

Commenting on the announcement Dave Ward, Commercial Manager at Commissioner of Irish Lights said: “Granuaile is a key asset of Irish Lights in delivery of its navigation safety service around the coast of Ireland. Irish Lights can provide a range of services, statutory and commercial to support local partners in the transition to offshore renewable energy. We are pleased to support DP Energy to enable and harness Irish natural resources in offshore wind, in order to drive the establishment of an indigenous Irish supply chain while underpinning marine based employment.”

Headquartered in Buttevant in North Cork and operating across the world, DP Energy is committed to using the most sustainable and environmentally responsible methods in all of their energy developments. Currently, DP Energy has a 5,000+ megawatt (MW) portfolio of wind, ocean and solar energy projects in development stages across Ireland, Australia, the UK and Canada. 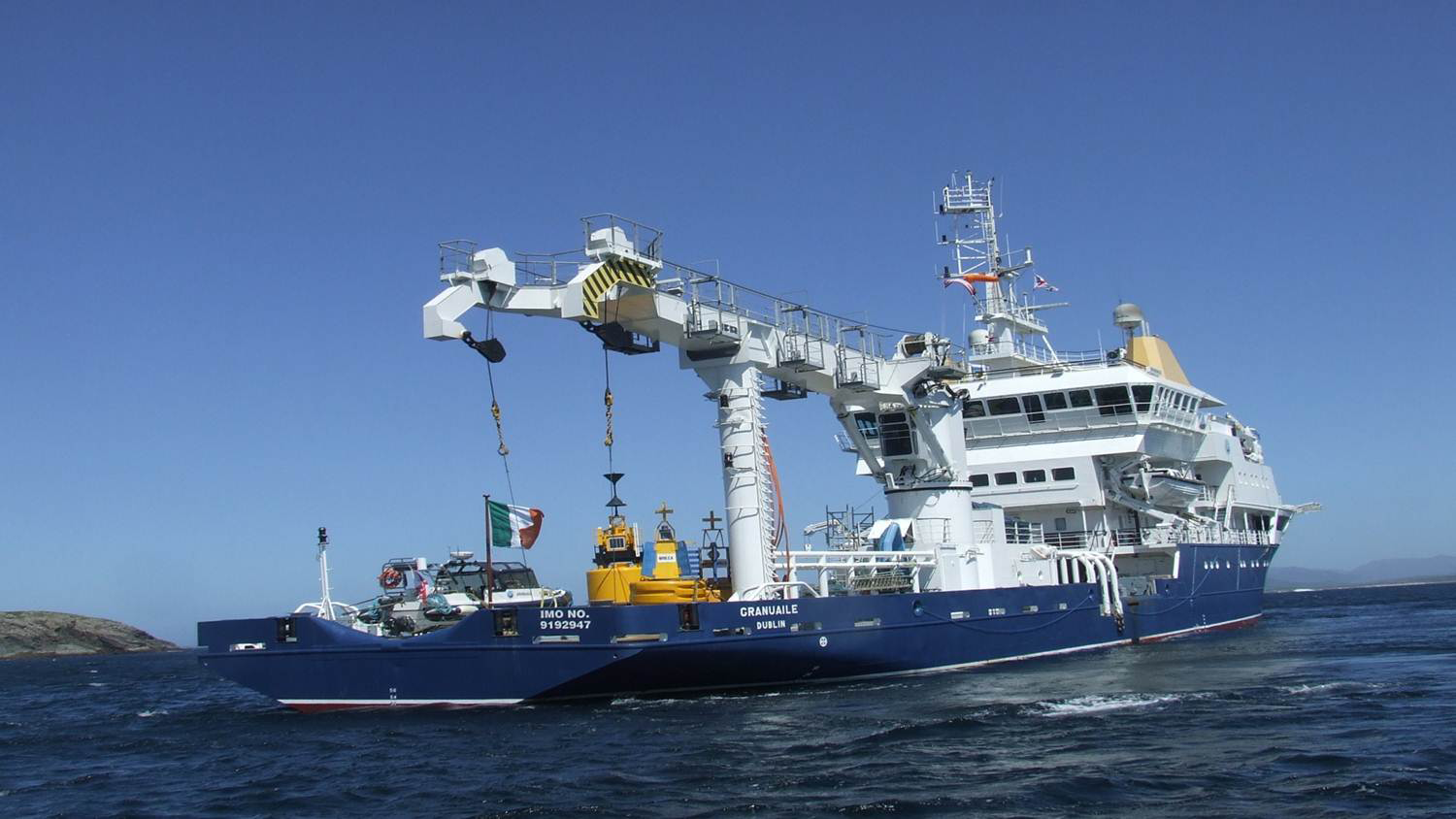 This site uses cookies. By continuing to browse the site, you are agreeing to our use of cookies.

We may request cookies to be set on your device. We use cookies to let us know when you visit our websites, how you interact with us, to enrich your user experience, and to customize your relationship with our website.

Click on the different category headings to find out more. You can also change some of your preferences. Note that blocking some types of cookies may impact your experience on our websites and the services we are able to offer.

These cookies are strictly necessary to provide you with services available through our website and to use some of its features.

Because these cookies are strictly necessary to deliver the website, refusing them will have impact how our site functions. You always can block or delete cookies by changing your browser settings and force blocking all cookies on this website. But this will always prompt you to accept/refuse cookies when revisiting our site.

We fully respect if you want to refuse cookies but to avoid asking you again and again kindly allow us to store a cookie for that. You are free to opt out any time or opt in for other cookies to get a better experience. If you refuse cookies we will remove all set cookies in our domain.

We provide you with a list of stored cookies on your computer in our domain so you can check what we stored. Due to security reasons we are not able to show or modify cookies from other domains. You can check these in your browser security settings.

We also use different external services like Google Webfonts, Google Maps, and external Video providers. Since these providers may collect personal data like your IP address we allow you to block them here. Please be aware that this might heavily reduce the functionality and appearance of our site. Changes will take effect once you reload the page.